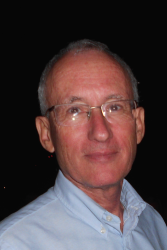 Joseph Zeira is a professor of Economics in the Hebrew University of Jerusalem. He is also a part time professor in LUISS Guido Carli in Rome. During the years he has been a visiting professor in Harvard, MIT, Brown, Brandeis and the University of Crete. Joseph Zeira is a macroeconomist, who specializes in a number of areas: technology, economic growth, the role of income distribution in macroeconomics, money and liquidity, and the economy of Israel.

Joseph Zeira’s most famous paper is joint with Oded Galor, published in REStud (1993), and it shows that inequality may have an adverse effect on economic growth. The reason is that access of people from poor families to acquisition of human capital is blocked, due to imperfect capital markets. This paper was one of the first to examine the relation between inequality and economic growth, which is a growing area of research since then. Other works of Joseph Zeira deal with learning about aggregate capacity and its dynamic implications, and with the implications of replacing workers by machines in various tasks. The research of Joseph Zeira deals with many other issues, among them divergence of convergence of output across countries, fiscal policy and inequality, early retirement, inflation in France in the middle ages, inflation in Israel, fiscal policy in Israel and more.

In addition to academic research and teaching Joseph Zeira has also been involved in a number of professional non-academic activities. In 1995 – 1996 he was an economic advisor in the Ministry of Finance in Israel. During the years 1997 – 2010 he was chair of investment committee and a director in a small pension fund. Since 2005 he is an active member of AIX, a group of Israelis, Palestinians and Internationals, who study the economic aspects of potential peace agreements between Israel and Palestine. In 2011 Joseph Zeira headed a team of economists that supported the Israeli protest movement. In 2014 he was a member of a government committee for reducing poverty in Israel.